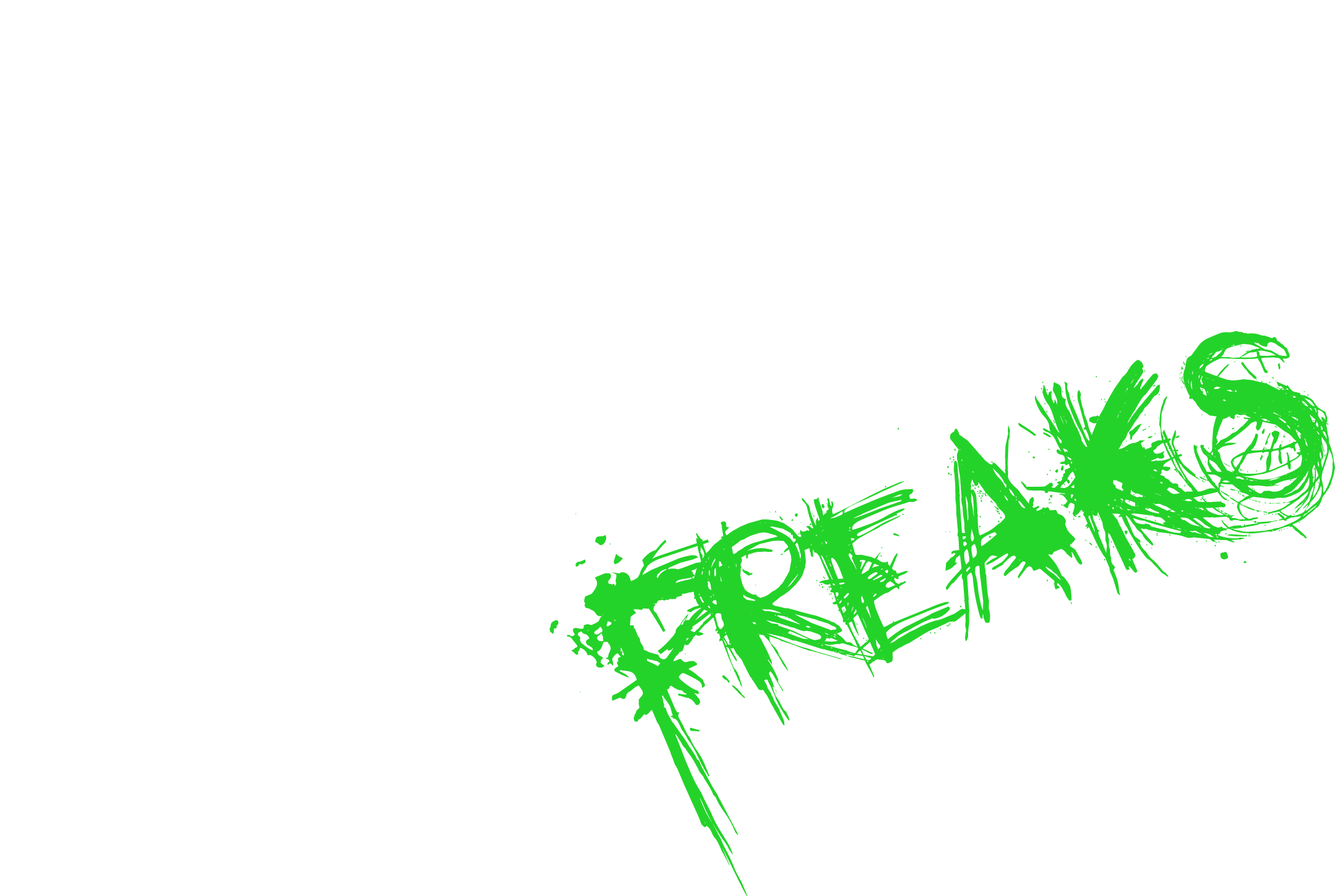 Tour of Europe: Part 3 – Route Napoleon, mega rainstorm and the B500

I woke up in my boutique little room and went and had a great continental breakfast (which basically involved lots of coffee, pastries, and slices of ham and cheese), then packed up and was on my way around 9.30. 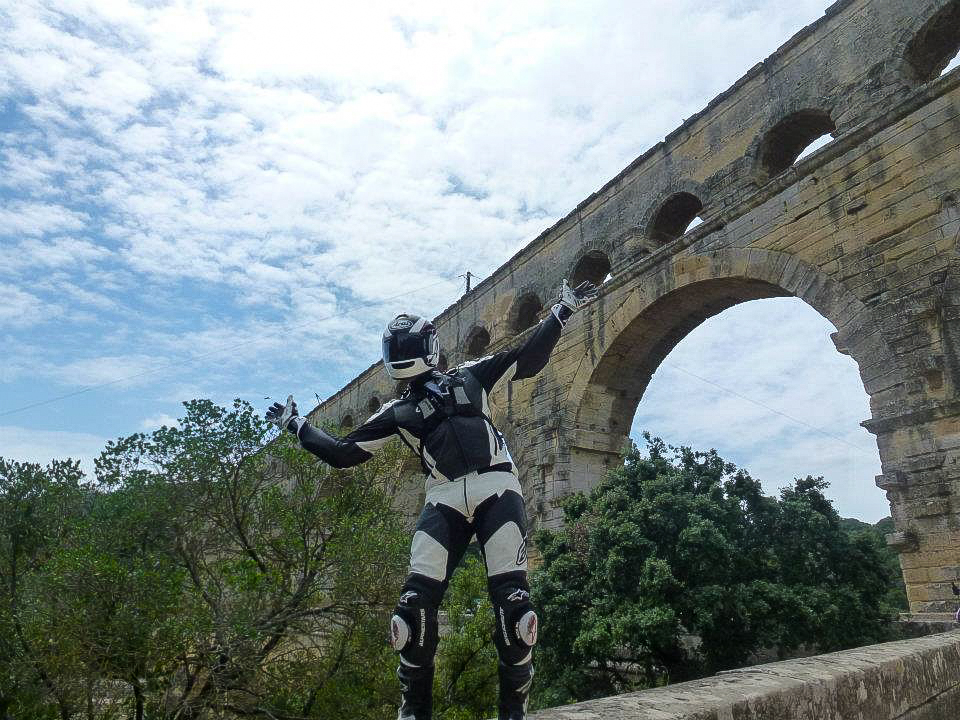 Some random gimp at the Pont du Gard

First stop was some sight-seeing (when in Rome and all that) so I headed for the incredibly famous (like, it’s on every other postcard you can buy in the area) Pont du Gard, a triple-layered aquaduct, built around 2,000 years ago. As you can imagine, this was incredibly popular with tourists so I had to ride through bus-loads of happy snappers to get there, had a bit of a mooch around, got one of the happy snappers to take a photo of me, and then I was on my way. 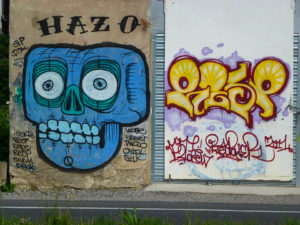 Graffiti near the Pont du Gard

After leaving the bridge and its thousands of tourists behind, I headed for Route Napoleon, one of the most famous biking roads in France. On the way there, I came across a fairly quiet stretch of road with loads of cool graffiti on the surrounding buildings so had a few impromptu thrashes up and down then got out of the area before attracting any unwelcome attention from les gendarmes.

Route Napoleon itself, when I got there was… underwhelming. It’s a great road, don’t get me wrong, but it’s also one of the main arterial roads up from the affluent south of France so the traffic was ridiculous. Caravans literally everywhere. So, very difficult to enjoy fully. The scenery was fantastic though especially as you get near Gap/Chamonix. Definitely worth a go if you’re in the area but I wouldn’t say it’s worth a special trip as there are better and way less congested roads in the area.

I’d been riding a fair few hours without stopping apart from for water and petrol and it got to around 3pm and I realised I was starving so decided to stop at the next place I could get some lunch.

As it happens, that was a McDonalds (which I’m sure you gathered as it’s worthy of its own sub-heading). Now, I’m not a fan of McDonalds in the UK – it’s pretty minging to be honest (with the exception of a few menu items) and always looks like it’s been stepped on.

However, the McDonalds I stopped at in Gap, right on the Route Napoleon, was absolutely amazing. For a start, it wasn’t staffed by chavvy teenage oiks and felt more like a restaurant than a fast food place. I thought I’d be brave and try a Big Mac and it was honestly fantastic. It looked like the one on the picture and it tasted great – I’m sure this is how McDonalds think all Big Macs taste around the world but believe me, they don’t. So, yeah… eat McDonalds in the Chamonix region of France, avoid it in south London. 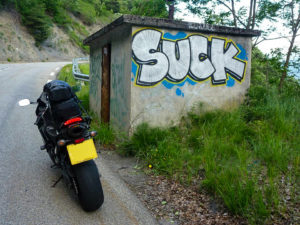 After lunch, I carried on my way, heading towards Switzerland. As I got near Grenoble, dusk fell and it got darker and darker, and then I rode into a thunderstorm. Not just any thunderstorm – like, apocalyptic, end-of-world type stuff. It was absolutely hammering down, so hard I didn’t even bother stopping to put on my rain onesie as I was already drenched. I immediately decided to stop at the next place I could for the night so switched my sat nav on and started looking out for somewhere to hole up for the night.

Typically, I couldn’t find anywhere for ages. I was gingerly riding around these alpine roads, under thick trees blocking out the sky (which was cloudy anyway) so it was pitch black and slippery with all the leaves on the road. It was horrible – I had that “please don’t slip and drop it, please don’t slip and drop it!” thing going round and round in my head every time I reached (another) hairpin. Which doesn’t help your riding, as it just makes you tense up and probably even more likely to slip and drop it! However, I stayed on and finally found myself out of the forest, soaking wet, freezing cold, starving, and thoroughly miserable.

Because I was so wet, I still didn’t think it was worth stopping to put on my onesie so carried on without it. I stopped at a number of B&Bs and hotels and none of them had any room because of some festival thing around Lake Annecy so everywhere had been booked up for ages. I reached one hotel with a room but, they told me over the gate intercom, it was about €400 for the night, so obviously I declined that and carried on going. The rain had lessened by now but it was still absolutely freezing and I was getting worried about finding anywhere as it was nearly 11pm. Finally, I found a place which had some rooms at a much more reasonable rate, locked my bike to a fence downstairs, got out of my wet stuff, showered, and went straight to bed as there was nowhere open to get any food. So that was my second night in a week where I’d missed dinner – not good. Maybe this is why the bike magazines recommend you stick to 250 miles a day when touring, and not the 450 I was averaging! 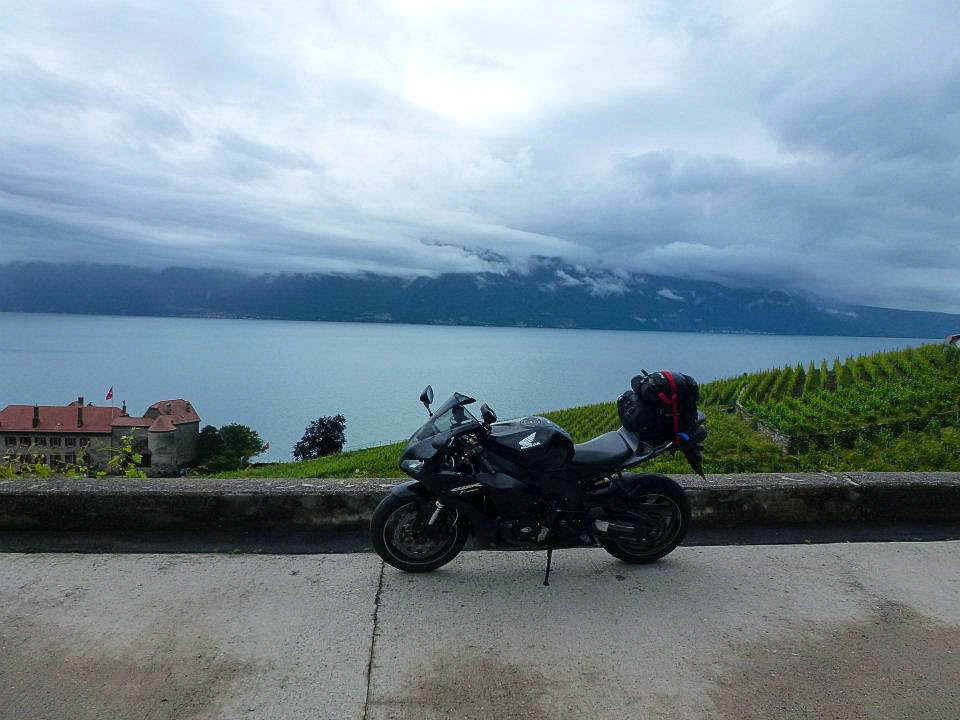 I’d turned my leathers as inside-out as I could so they could air and dry as much as possible overnight and had the heating on in the room as well, so in the morning they weren’t too bad. Still a bit soggy and cold, but hey ho.

After eating pretty much everything on the buffet for breakfast, I saddled up and headed out. By this point in the trip, I’d been over-tightening my Kriega tailpacks for four days because they were so heavy and it had started to lift the seat pad so I was now securing it with a ratchet strap so as to lessen the tension underneath the seat.

Today’s journey would take me into Switzerland, around the edge of Lake Geneva, and then into Germany to the legendary B500.

It wasn’t raining anymore but it was still very wet and a bit chilly, so I had a neck-buff on and a thin thermal layer. It was a fairly uneventful day to be honest – I think I skirted around all the epic Swiss passes as I knew I didn’t have time to spend a couple of days getting lost in the Swiss Alps or even to ride through the Mont Blanc tunnel – I’ll have to save that for a future trip.

Lake Geneva was misty so visibility was fairly limited. I rode around a few really steep, poorly surfaced switchback roads which weren’t much fun and then headed away from the lake at Lausanne. I rode through Bern and then turned left into Germany to pick up the B500 when I got to Baden. 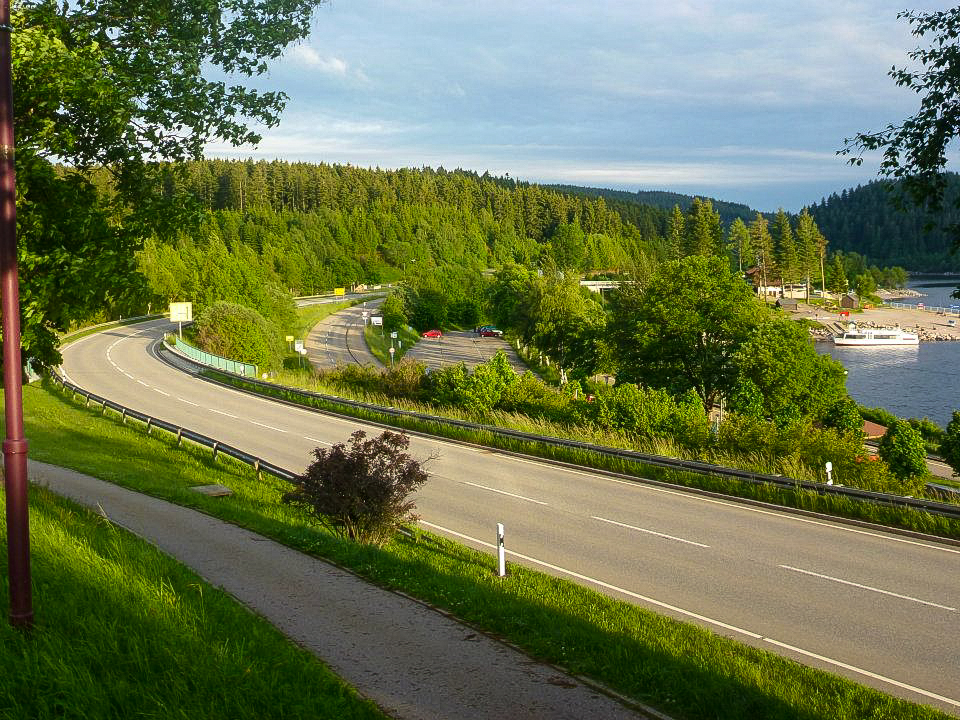 The epic B500 and the Schluchsee reservoir

By now, it was mid-afternoon, so I decided to have a fairly short day after the previous night and stopped in Schluchsee, the most typically Bavarian village/town ever, all timber A-frame buildings with ladies dressed as Heidi everywhere (seriously!). I found a lovely room in a little B&B which had a hosepipe outside so I borrowed it to rinse the worst of the muck off the bike and lubed the chain. Then I rode a little further down the B500 to the incredibly named Furtwangen before stopping for another great steak dinner (served by another Heidi) and then retired for a relatively early night to be fresh for my day in the legendary Black Forest.

Motorcycle News has exclusively interviewed Norton’s head of design for details on the new superbike, the V4-RR. Due out next year, this is a brand-new ...